French-Spanish singer Nilda Fernandez, who won fame with his volume of work in the late 80s and 90s has died at the age of 61. 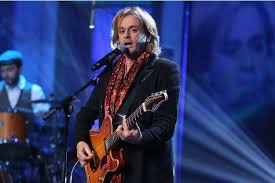 Fernandez, who was known for his agile but vulnerable sounding voice, was born in Barcelona and grew up in Lyon. He began performing with just a guitar and singing in the style of a French chansonnier.

Fernandez died Sunday of heart failure in the south of France.