At the time, it was considered one of the biggest marketing flops of all time. 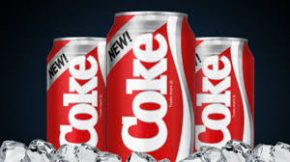 Zoomers of a certain age will recall “The New Coke” from the summer of 1985 when it was introduced with much fan fare. However, it never did live up to the hype and the new version was dropped after 79 days, replaced by the original Coke which was rebranded “Coke Classic.”

Those who remember all that, will get a chance to relive the experience as the New Coke makes a comeback under a partnership with the Netflix drama “Stranger Things.”

Beginning Thursday, Coca-Cola will release a limited number of cans of New Coke as part of a “Stranger Things” package.

Season three of the show takes place in the summer of 1985.