OLDER CANADIANS MOST LIKELY TO BE DELINQUENT ON MORTGAGES: CMHC REPORT

The long held goal of financial freedom at 55 appears to be a vanishing dream for many, as Canadians carry bigger debt loads later in life. 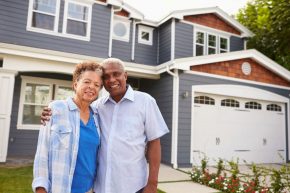 In fact, a new report by Canada Mortgage and Housing Corporation says seniors continue to be the group most likely to be delinquent on their mortgages.

Delinquency rates (the number of mortgage accounts 90 days or more past due) remained small in Canada at 0.3 percent and stable in the fourth quarter of 2018. But seniors had the highest rate of mortgage delinquencies among all age groups, a trend that has continued since 2015.

Laura Tamblyn Watts at CARP – A New Vision of Aging – says it is becoming standard for baby boomers to carry mortgages into retirement, something that was unthinkable even 20 years ago.

A CMHC housing market analyst says that providing financial assistance to adult children could be a factor in raising the debt levels of older Canadians, but the agency has not yet assessed the causes.