It appears a casino will not be built on the grounds of Ontario Place. 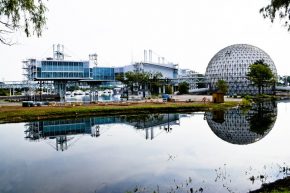 The governing Progressive Conservatives at Queen’s Park began asking for ideas to redevelop the land on Toronto’s waterfront at the beginning of the year.

But a CTV News report quotes unnamed government sources as saying a casino will not be built there.

In a Forum Research poll released in January, more than half of Toronto residents said they were opposed to a casino opening at Ontario place. And about three-quarters said they would likely not visit a casino there.

Earlier this month, Toronto city councillors voted in favour of adding Ontario Place to Toronto’s Heritage Register and to collaborate with provincial government representatives on deciding future plans for the waterfront land.