MORE DETAILS COMING OUT ABOUT BOND 25

Bond 25 will feature a villain who is not a religious extremist. 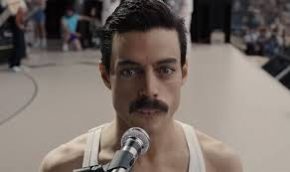 Rami Malek, who played Freddie Mercury to a tee in the recent Queen bio-pic “Bohemian Rhapsody” and who plays the villain in “Bond 25,” was born in Egypt and says he’s proud of his middle eastern heritage.  As a result, he made it clear he would not play an Arab terrorist or another character that feeds into stereotypes about religious extremism in Muslim nations.

Instead, he says his character, while a terrorist, is a different kind of terrorist.

Bond 25 is expected in theatres next April.