We’ve been told for years, that drinking alcohol in moderation is safe and even beneficial to our health.

But a new large-scale study provides evidence that the healthiest amount of alcohol consumption may be none at all. 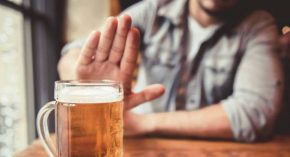 Study co-author Michael Ni says the study provides more evidence suggesting caution in recommending moderate drinking as part of a healthy diet. He goes on to say that quitting drinking even at moderate levels was shown to be linked to a favourable change in mental well-being.

You can read about the study in the Canadian Medical Association Journal.