John McCallum is once again offering unsolicited comments on the Canada-China situation. This time, the former ambassador to China is urging officials in Beijing to cool it with the Canada bashing, since it could lead to the election of a Conservative government, which he says would be less satisfactory to China. 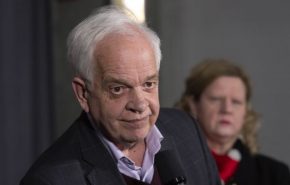 Speaking to the South China Morning Post while in Hong Kong, McCallum said, “Anything that is more negative against Canada will help the Conservatives, (who) are much less friendly to China than the Liberals.”

David Mulroney tweeted, “A one-time Canadian ambassador urges China to ease up on Canada as the best way of keeping the Liberals in power. This is appalling in so many ways.”

This past January, John McCallum was fired from his job as Canada’s ambassador to China by Prime Minister Justin Trudeau, after McCallum waded into the legal case surrounding a senior Huawei executive detained in Vancouver on an extradition request by the U.S. government.