The Canadian military’s second-in-command has abruptly retired, although the news may not come as a surprise to those in the military’s inner circle. 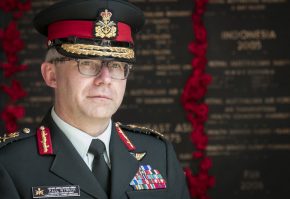 In a news release, Lieutenant-General Paul Wynnyk says he decided to retire after 38 years of service with the Canadian Armed Forces following “an incredible career, which took him farther and challenged him more deeply than he could ever have imagined.”

But a letter from Wynnyk to General Johnathan Vance obtained by Global News suggests his resignation was actually brought on by Vance’s aborted attempt to reinstate Vice-Admiral Mark Norman to Wynnyk’s job; a post Norman held before he was suspended to deal with breach-of-trust charges that were stayed this spring.

Norman announced his own retirement in June after receiving an undisclosed settlement with the Canadian government.

In the wake of Wynnyk’s retirement announcement, General Vance thanked the Lieutenant-General for his tireless contribution and sacrifice to our country. Wynnyk joined the military in 1981. His retirement is effective August 9th.