A judge in Spain has found there is sufficient evidence to establish that a 43-year-old man is the biological son of the legendary Julio Iglesias. 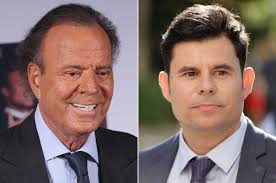 The judge’s ruling came despite the fact Iglesias refused to take DNA test.   The judge actually cited the singer’s refusal to submit a genetic test as part of the evidence that persuaded him to rule in favour of Javier Sanchez in his paternity suit against the 75-year-old crooner.

The judge ruled that Sanchez’s mother was one of the girls Iglesias loved near the date of conception. The mother says she gave birth exactly nine months after meeting the singer at a party.

Iglesias’ lawyers say they will appeal.