The lead singer of one of the world’s best loved a cappella groups has died at the age of 75. 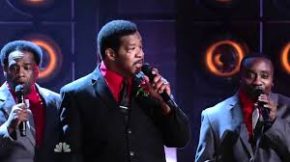 Jerry Lawson fronted the Persuasions, a group known as “The Kings of A Cappella.”

Lawson passed away in a hospice in Phoenix, Arizona after a lengthy illness.  He  was 75.