A decorated Canadian opera singer from Quebec, who appeared on the world’s greatest operatic stages, with some of he biggest names in opera, has died at the age of 90. 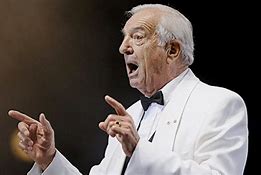 Joseph Rouleau, sang with the likes of Luciano Pavarotti, Placido Domingo, and Maria Callas, and worked with such prestigious directors as Franco Zeffirelli and Sir John Gielgud.