Richmond Hill native and Tony nominated actor/singer Ramin Karimloo has been cast as the lead in a production of Doctor Zhivago in London’s West End. 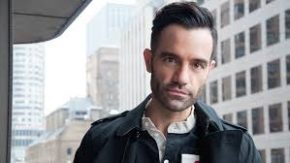 The story centres on a political idealist, physician and poet whose life is tossed by the tides of history as he is torn between a life with his close childhood friend and wife, and the passionate and mysterious Lara.

Karimloo earned a Tony nomination for his turn as Jean Valjean in Les Misérables. Among his London stage credits is an Olivier-nominated performance in Love Never Dies.