Fifty years ago today Apollo 11 blasted off from Cape Canaveral Florida taking man to a landing on the moon for the first time. Later this week, Sotheby’s plans to auction off 11 videotapes described as “the only surviving first-generation recordings of the historic moon walk. 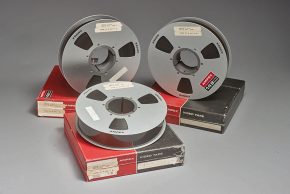 The footage offers “unrestored, unenhanced and unremastered images of Neil Armstrong’s first steps on the Moon and the planting of the American flag.

A NASA intern bought the tapes for $218 at a government surplus auction in 1976.

The bidding starts at $700,000. Sotheby’s estimates the tapes could go for as much as $2-million.

The auction is scheduled for Saturday, the 50th anniversary of the moon landing.