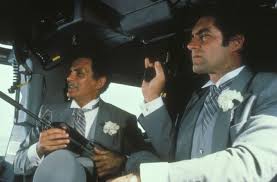 He also starred in the TV series “Voyage to the Bottom of the Sea” and the original 1958 movie “The Fly.”

In later years, Hedison was sanguine about his career, admitting that most of his films were “pictures you never want to see again.”

In fact he joked, “when I know they’ll be on TV I invite my friends for dinner so they can’t watch them.”