An external review of passes and privileges for patients has been launched at the Centre for Addiction and Mental Health in Toronto.

The decision comes after the disappearance of a 47 year old patient who left the country while on a day pass. 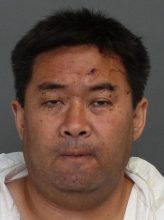 “During treatment over several months and sometimes years, there’s an increasing ability of individuals to safely leave the environment, first accompanied and then with greater levels of freedom and he was on that process. People with mental illness, including people with severe and complex mental illness do improve,” Zhan explained.

The CAMH review is one of several that has been launched following Cong’s disappearance including by Toronto Police and the Ontario solicitor general’s office.