ALL-GIRL REMAKE OF LORD OF THE FLIES IN THE WORKS

William Golding’s classic novel Lord Of The Flies is set for a gender-bending twist on the big screen. 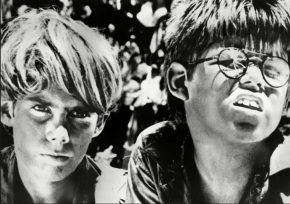 The planned retake will feature an all-female cast.

Golding’s book follows a group of all-male youngsters and their disastrous and deadly attempt to govern themselves without adult supervision, after they become stranded on an uninhabited island.

The film has made it to the silver screen twice before, first came the acclaimed 1963 version directed by Peter Brook, it was remade in 1990 with Harry Hook at the helm.

Oscar-nominated filmmaker Luca Guadagnino, who directed Call Me by Your Name is in talks to direct the film.