For the third time in recent weeks, a CAMH patient has gone missing.

Toronto Police say they are concerned for public safety. 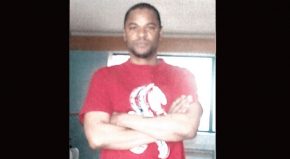 45 year old Anthony Murdock was last seen Monday at about 2:20pm in the Queen Street West and Ossington Avenue area, the location of the Centre for Addiction and Mental Health.

He is described as black, 6’1″, 200 lbs., with a shaved head. He was last seen wearing a burgundy cotton top and blue jeans.

On July 23rd, 27-year-old CAMH patient Ahmed Sualim briefly escaped from the facility but was taken back into custody on the same day.

And 47 year old Zhebin Cong, a CAMH patient with a violent past, fled the country on July 3rd while out on a day pass from the centre.

Cong’s escape has prompted CAMH to launch an external review of its practices surrounding the issuance of day passes and other privileges.

The review is expected to be completed by the end of the year.