It might be time to increase your iron intake!

Dutch researchers say having anemia, which is characterized by abnormally low hemoglobin levels, can increase your risk of dementia. 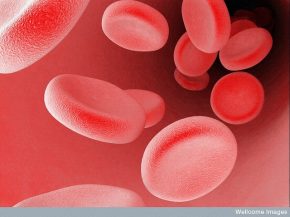 They studied more than 12,000 adults with an average age of 65 and tracked them for an average of 12 years.

At the start of the study, 745 of them had anemia.

By the end of the study, 1520 people had developed dementia, with the majority of that number being diagnosed with Alzheimer’s.

It’s not clear why or how anemia increases the risk of dementia, but the study used brain imaging to give some clues.

Researchers found that people with anemia had lower levels of blood flow to the brain, reduced connectivity between brain regions and small bleeds within the brain itself.

It is not known whether these brain changes are directly related to the anemia or some other factor which leads to both anemia and dementia.