The Moroccan-born songwriter and impresario, who is credited with creating the Village People, has died. 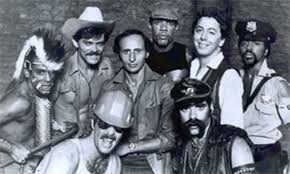 In 1960, he was recruited by Polydor Records in Paris to work in A&R and as a producer. He also organized concerts in Paris by James Brown, the Bee Gees and others. He then set up his own record label and began licensing disco records and is credited with helping create the disco music craze of the 1970’s.