The U-N has released a new report on climate change which suggests the world’s land and water resources are being exploited at unprecedented rates to the point where climate change is putting dire pressure on the ability of humanity to feed itself. 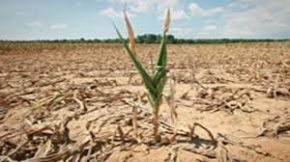 The report suggests the window to address the threat is closing rapidly with half a billion people already living in places turned to desert and with soil being lost between 10 and 100 times faster than it’s forming.

The report also says that 10% of the world’s population remains undernourished.  As a result, food shortages could lead to an increase in cross-border migration.

The report was prepared by more than 100 experts from 52 countries.