Woodstock 50, the festival which was supposed to celebrate the 50th anniversary of the Woodstock Music and Art Fair in upstate New York, has been cancelled.  However, collectors can still get in on the action in buying authentic Woodstock souvenirs. 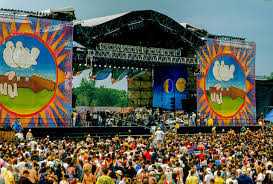 As a means of remembering Woodstock on its 50th anniversary, RR Auction’s August Pop Culture sale contains a selection of Woodstock items including autographs from the Grateful Dead, Jimi Hendrix, Janis Joplin and The Who.

Also among the Woodstock related memorabilia is the historic lease documents for Woodstock’s original site in upstate New York.

The Woodstock Festival billed as “An Aquarian Exposition: 3 Days of Peace & Music” was originally scheduled to take place in Wallkill, N.Y., until the town banned it. Organizers then found Max Yasgur’s farm in the adjacent county and paid him 75-thousand dollars in rent.

The auction began yesterday and runs through next Thursday.