CHUCK AND DI HEAD FOR BROADWAY

We are pleased to announce that Charles, Princess of Wales and Lady Diana Spencer are getting another shot at love and marriage. 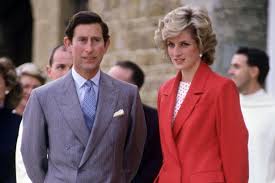 The second chance comes in a musical called “Diana” which is headed to Broadway after a run at the La Jolla Playhouse in California.

That’s the same theatre that helped shape the Canadian mega-hit “Come From Away” after it previewed in Edmonton.

The director of “Diana” says the princess was a 19-hear old who dreamed of love, specifically the sort found in a romance novel or a fairy tale about marrying a prince and then discovered that princes, and specifically Prince Charles, are not all they are cracked up to be.

“Diana” is to open on Broadway next spring.