Once again, women authors have dominated the Hugo Awards, celebrating the best in science fiction and fantasy works from the last year. The Hugo is named for Hugo Gernsback, who founded the pioneering science fiction magazine “Amazing Stories” and who is considered one of the fathers of the science fiction genre. 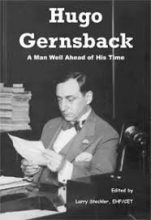 The awards were handed out at the World Science Fiction Convention, which is also known as “Worldcon” in Dublin, Ireland.