A Montreal researcher claims there is a rampant overdiagnosis of autism in our society, and he’s blaming schools, doctors and parents for it. 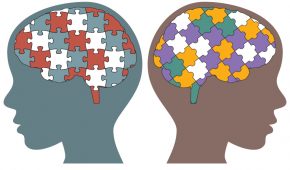 Laurent Mottron at the mental health unit of Riviere-des-Prairies Hospital says autism has become so overdiagnosed, the gap between groups of people who’ve been diagnosed with it and those who haven’t could be narrowed to near nothing within five to 10 years.

Mottron analyzed 11 previous major studies since 1966 and found that individuals diagnosed with autism have become progressively less different from the general population.

He adds the criteria for a diagnosis has become trivial, including a child’s lack of friends or a dislike of haircuts or tags on clothing.