A 72-year-old man is dead after he was struck by a vehicle near Kingston Road and Morningside in Scarborough on Sunday night. 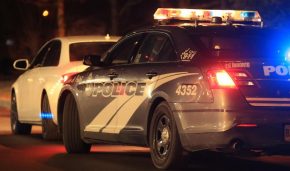 Toronto paramedics say the victim was pronounced dead the scene, while police said the driver of the car remained at the scene.

It brings to 19 the number of pedestrians killed on city streets so far this year.

It’s estimated an average of six people are hit by cars every day in Toronto and about three quarters of those killed last year were seniors.