Halton Regional police are looking for a man and a vehicle in connection with the suspicious death of a 91 year old man in Oakville. 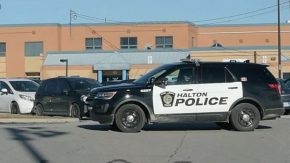 He was found on the side walk, outside a retirement home with obvious injuries to the chest. A post-mortem is scheduled to take place on Monday and anyone with information is asked to come forward.

Also in Oakville , a man has been arrested in connection with the death of a 74 year old man on Sunday evening.

Police say officers were dispatched after they received a report about an altercation between two men outside a house.

The victim’s 40 year old son was arrested at the scene. It’s unclear what charges he may face.