It turns out that the blow of losing last year’s provincial election was somewhat softened for two of former Premier Kathleen Wynee’s top staffers. 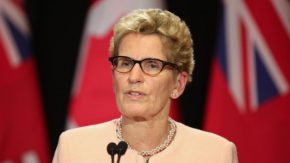 It’s been revealed that the former Ontario Liberal cabinet approved more than $450,000 in enhanced severance packages for Andrew Bevan and Mary Rowe, after the party lost the 2018 election.

According to the The Globe and Mail, who obtained the figures under a Freedom of Information request, both received lump-sum payments coming to more than $200,000 each, minus applicable deductions.

Interim Liberal leader John Fraser has sought to distance himself from the payouts, saying neither he nor the Ontario Liberal Party were involved, while Kathleen Wynne and Andrew Bevan have reacted, saying the packages are in line with what was previously offered to political staffers from all parties.