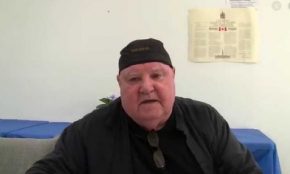 The prosecution had pushed for LeRoy St. Germaine to jailed for six months, however in explaining his decision, the judge says the 77-year-old poses no danger to the community.

St. Germaine and Your Ward News editor James Sears were found guilty in January of two hate counts but sentencing was delayed a number of times.

Sears was sentenced to one year in prison last week, but has since been granted bail pending appeal.

The judge said he would have given Sears a stiffer sentence had the law had allowed – saying the publication promoted hate to a large audience, both in print and online.