A new study our of the UK, suggests a woman’s risk of developing breast cancer from using hormone replacement therapy is double what was previously thought and concludes that HRT is a direct cause of the cancer. 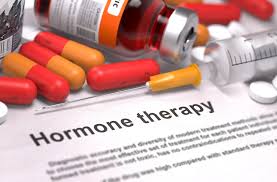 A team from Oxford University says that 1 in 50 women who took both estrogen and progesterone for 5 years get cancer. The figure was lower for those taking just estrogen.

The study found that the longer women are on HRT the greater their risk and that the the risk does not go away as soon as women stop taking HRT as had been previously assumed.

The research is published in the British medical journal The Lancet.