At the age of 80, one of the greatest Shakespearean actors of our times has wrapped up 80 one man performances at 80 different venues across the UK. 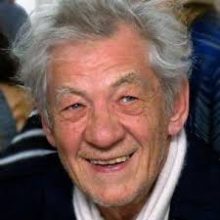 Sir Ian McKellan is known for his portrayal of Gandalf in “The Lord of the Rings” franchise as well as Widow Twankey from “Aladdin.” He says the idea for 80 shows, across 80 venues in the UK during his 80th birthday year, allowed him the luxury of getting out of having to formally celebrating the milestone.

Sir Ian also says he’s probably done with Shakespeare for good. He says there are no roles for his female contemporaries and he’s happy to let other younger actors to take on the work.