The Czech singer, who sold millions of records, thumbed his nose at authority and was dubbed the ‘Sinatra of the East’ has died. 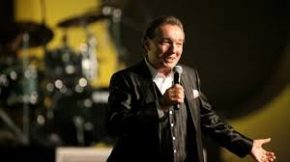 Over a career that began in the 1960s, Karel Gott released almost 300 albums, sang in a number of languages, was popular behind the Iron Curtain and also found fame in Western Europe, especially in Germany.

The Czech President said Gott’s death was extremely sad news for the entire country and announced there would be a state funeral.