Toronto is changing its policy when it comes to cars illegally parked on Queen Street. 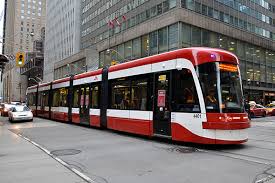 It used to be that cars would be ticketed, towed and impounded. Not happy with how long it takes to tow cars to impound lots all the way across the city, a new pilot project will see cars brought to nearby side streets instead.

“Part of the problem has been over time that when we’ve had these blitzes or when we tow people just in the ordinary course, the towing vehicles have to take the vehicle that is being towed to a faraway pound, ” said Toronto Mayor John Tory. “That, of course, means they won’t be up on the streets dealing with somebody else. Instead, they’re taking a long drive to a pound.”

The goal is to keep roads clear for streetcars, cars and cyclists and not have a lane blocked by illegally parked vehicles.

“When you take into account of the number of people travelling on the street like Queen Street on the transit vehicles, then it seemed suitable for us to try something like this on this kind of street,” said Tory.