DESPITE OUTWARD APPEARANCES TORONTO ONE OF LEAST HAPPIEST CITIES IN CANADA: REPORT

On the surface, Toronto appears to be the place to be.

The population is booming, our economy is growing and unemployment is the lowest rate we’ve seen in nearly 30 years.

Torontonians are also generally in better physical health than other Canadians, with higher life expectancies and lower death rates than in any other major city across the entire country.

And yet, there is news that Toronto is one of the least happy cities in Canada. 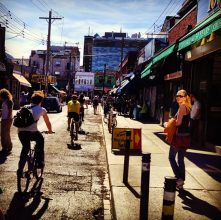 The new Toronto Vital Signs report says it’s our young people who are reducing the happiness factor for Toronto.

The report authored by Toronto Foundation experts says emergency room visits for mental health are increasing extremely rapidly among young adults, as are hospitalizations for eating disorders. Opioid deaths and alcohol poisonings are also said to be increasing rapidly.

A separate report found low income residents, young people between the ages of 18 to 29, and people who don’t own their homes generally had low life-satisfaction with rates of happiness much lower in the city of Toronto versus the rest of the GTA.

Authors of the vital signs report suggest that as the gap between rich and poor continues to grow in Toronto, these problems will intensify. They say “inequality” is the new normal.