The storm brought heavy rainfall in wide areas of Japan all day ahead of its landfall early Saturday evening, and continued to batter the capital with heavy winds and torrents of rain. 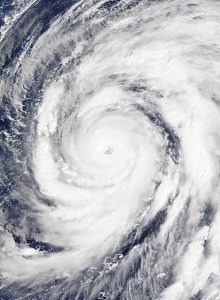 Scott Moe is on a trade mission in Asia, and says some of the official delegation travelled to South Korea ahead of schedule in anticipation of the typhoon.

Moe says he and the rest of the delegation in Tokyo are safe and in consistent communication with the Canadian Embassy in case the storm worsens.

The storm is forecast to be the most powerful typhoon to hit Japan in six decades, and officials are warning those in the country to prepare for “rainfall of the kind you have never experienced.”

The Japan Meteorological Agency warns that Typhoon Hagibis could bring as much as 76 millimetres of rain.