A day after Ontario’s Secondary School Teacher’s Federation announced they were moving ahead with a strike vote, it’s the province’s elementary teachers who are looking to escalate their contract standoff with the province. 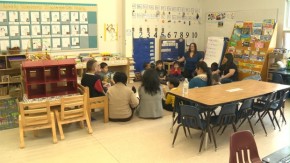 Elementary teachers have asked for a conciliation officer to help resolve contract talks they say have stalled.

Teachers have been without a contract since August 31. Talks have been on-going since June.

The union says it hopes a conciliation officer will help all parties make progress in the talks and reach an agreement.

The ETFO has been holding strike vote meetings throughout the province since early September, and the union says the results will be announced in early November.

Earlier this month, the province reached a deal with CUPE that prevented a strike by 55,000 education workers.