Promotion of vaping products in Ontario convenience stores will no longer be allowed starting January 1st.

An announcement on this is expected Friday from the governing Tories at Queen’s Park, after the news was confirmed by staff in the health minister’s office. 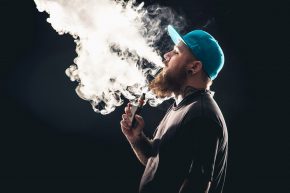 The announcement comes after a teen in London, Ontario was put on life support after being diagnosed with a severe respiratory illness related to vaping.

After the case was reported, Health Minister Christine Elliott issued an order requiring public hospitals to provide statistical information on vaping related pulmonary diseases to the medical officer of health.

The City of Toronto is also pushing plans to enforce licences for retailers selling vaping products. The cost of a licence would be $645, with a $315 annual renewal fee.

The municipalities of Hamilton and London already have bylaws requiring businesses that sell vaping products to obtain licenses.

Health experts in the U.S. are investigating hundreds of breathing problems in people who use vaping devices. According to the Centers for Disease Control and Prevention, there have been 34 deaths in the U.S. linked to vaping.