MAY TO STAY ON AS GREEN PARTY LEADER FOR NOW

The post federal election fall-out continues with Green Party Leader Elizabeth May saying she’s unlikely to be leading the party in four years. 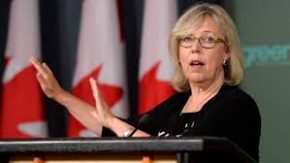 However, May says she could still be at the helm of the Greens if the Trudeau Minority Government falls in the next two years. To that end, she says she’s warned the Prime Minister that her party will not support confidence motions unless his government revises its climate change targets.

May says it’s critical that Canada assumes a leadership role to improve humanity’s chances of survival on planet Earth.