The American actor, best known for his role as Willie Jones in the “Friday” films, has died at the age of 77. 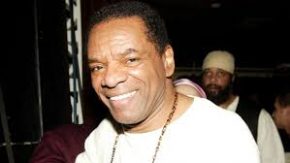 Witherspoon also starred in films like “Hollywood Shuffle” in 1987, “Boomerang” in 1992 and wrote the move “From the Old School” in which he played an elderly working man who tries to prevent a neighborhood convenience store from being developed into a strip club.

Witherspoon’s manager confirmed his passing yesterday, in Los Angeles, but no cause of death was released.