The Canadian writer and playwright who wrote the Broadway play-turned movie “Same Time Next Year” has died at the age of 89. 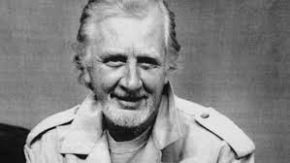 Bernard Slade was also the man behind the 70’s TV sitcom “The Partridge Family.

Slade was born in St. Catherines and tried his hand at acting before turning to writing and producing.

He moved to Hollywood in the 1960s, was a writer at Screen Gems studios, wrote 17 episodes of “Bewitched” and also developed the 1967 sitcom “The Flying Nun,” which launched Sally Field’s career.

A representative for his family says Slade died at his home in Beverley Hills from complications of dementia.