A naturalized American citizen who, as a lawyer, pursued Nazi war criminals and pioneered the practice of suing foreign governments in U.S. courts for complicity to terrorism has died. 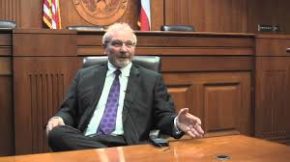 The Washington Post reports that Allan Gerson passed away this past Sunday.

Gerson wrote an op-ed piece for the Post in 2017 in which he explored his identity as a former “dreamer.” He admitted to entering the U-S illegally as a five year old aboard a ship bringing Holocaust survivors to New York. In the piece he drew a parallel between his journey and those of immigrants targeted by the Trump administration.