THE BBC APPOLOGIZES FOR BOOKER "SLIP"

The BBC is in a spot of hot water after one of its presenters, while covering the awarding of the Turner Art Prize to all four finalists, referred to Booker Prize joint-winner Bernardine Evaristo as “another author” without naming her directly. 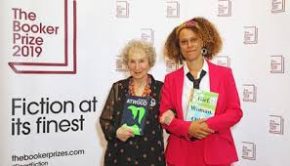 Evaristo became the first black woman to win the prestigious award this year, sharing it with Can-Lit legend Margaret Atwood.

The BBC apologized saying the phrasing was “unscripted.”

Evaristo said, “How quickly and casually they have removed my name from history – the first black woman to win it.  This is what we’ve always been up against, folks.”

In October Atwood was name co-Booker winner for ” The Testaments.”   Evaristo was named co-winner for “Girl, Woman, Other.”

It was the first time the Booker has been shared since 1992.