He left an indelible imprint on Zoomers off all ages. 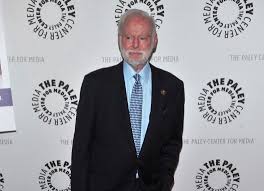 Leonard Goldberg, who helped create a number of legendary TV shows and movies, has died at the age of 85.

He also had a hand in T-V classics like “Charlie’s Angels,” “Hart to Hart” and “Fantasy Island.”

Goldberg died from injuries suffered in a fall.  He was 85.