"PHOTOGRAPH" MORE THAN A SONG TO RINGO

It turns out, not only was “Photograph” a monster hit for former Beatles drummer Ringo Starr in 1973, it has been a way of life. 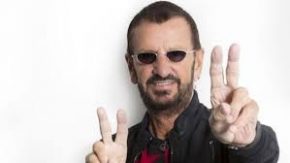 Ringo says he’s carried a camera for decades and has released a third book of photography.

The book is called “Another Day in the Life.” It contains faces made of fruit, beetroot art, famous friends and selfies.

But there are no pictures of his family. The 79-year old musician says they have private social media accounts for exchanging photos and another one for the public.

He says some things he just likes to keep for himself.