Toronto police say the private investigation into the murders of Canadian drug company billionaire businessman Barry Sherman and his wife is over but the police investigation remains active. 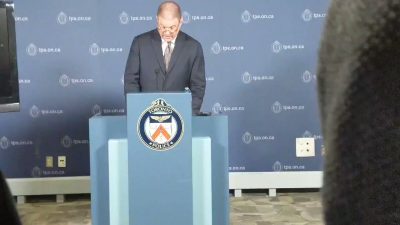 During a press conference Monday, Inspector Hank Idsinga said the case is now solely in the hands of police, and the family of Barry and Honey Sherman are committed to working with them.

The founder of generic drugmaker Apotex and his wife were found dead in their Toronto mansion two years ago.

The family hired a team of private investigators a short time later and offered a $10 million dollar reward for information that would solve the case.

Police are not saying when that investigation ended or what it might have uncovered, but in a statement the family says it appreciates the police’s hard work on the case and has full confidence they will find out what happened.

Police are asking for the public’s help.

Tips can be provided at [email protected] or anonymously through Crime Stoppers at 416-222-8477.