Family members and victims of the 2018 shooting rampage on The Danforth have filed a multi-million dollar class-action lawsuit against gun manufacturer Smith and Wesson.

The suit was filed Monday in the Ontario Superior Court of Justice and seeks at least $150-million in damages.

The plaintiffs argue the manufacturer failed to install smart technology in the weapon that would have prevented unauthorized use of it and that it was reasonably foreseeable the gun might be used to kill or injure innocent third parties. 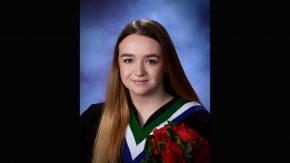 Ken Price, whose daughter Samantha was injured in the shooting, is one of the plaintiffs.

“The one thing to understand which I think everyone will relate to who’s gone through a tragedy is that if it doesn’t contribute to the healing process it’s not worth it, but I think even though not all of us are in the same place psychologically, physically, I think everyone still believes that what we’re doing is the right thing, trying to make a positive change for others,” Price explained.

Gunfire rang out along a busy stretch of the popular Toronto street on a warm July night in 2018 sending people scrambling for their lives and barricading themselves in shops.

The gunman became involved in a shootout with police and took his own life.

Two innocent people were killed and thirteen others injured.

The weapon used in the shooting had been reported as stolen by a Saskatchewan gun dealer in 2015.