He made appearances on such classic British TV show as “Downton Abbey,” but it was an appearance as Mr. Johnson, on “Fawlty Towers,” opposite John Cleese that first gained Nicky Henson notoriety. 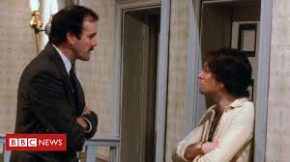 Henson played Mr. Johnson, who tries to sneak a woman into his room. When confronted by Basil Fawlty, his character manages to produce an elderly woman who he claims is his mother.

A statement from the actor’s family said he died after a long disagreement with the cancer he’d been diagnosed with 19 years ago.

Henson also enjoyed a host of stage roles at the Royal Shakespeare Company and National Theatre and was a founder member of the Young Vic.

He played Charles Grigg on “Downton Abbey” and also appeared in “East Enders,” which airs on our sister station Vision TV.