Cyber security experts say that the recent data hack at LifeLabs, one of Canada’s largest medical services companies, is part of a broader problem faced by the North American health care industry. 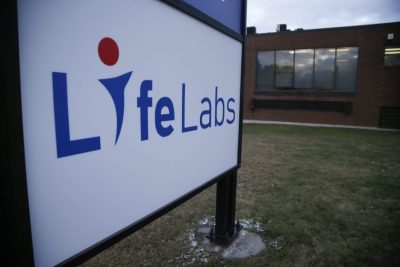 LifeLabs revealed Tuesday that hackers gained access to the personal information of up to 15 million customers, almost all in Ontario and British Columbia, forcing the company to pay a ransom to retrieve and secure the data.

Raheel Quereshi of Toronto-based consulting firm iSecurity says every type of business is a potential victim of hacking but the health care industry is an especially prized target for criminals.

He says health care companies are often willing to pay a ransom rather than face the potential for a disruption that could have serious medical consequences giving criminals an easy way to profit from gaining access to the data.

LifeLabs chief executive Charles Brown, who apologized publicly on Tuesday for the incident, said it had paid a ransom but didn’t disclose the amount.

The company also assured the public that its consultants have seen no evidence that data from LifeLabs has been trafficked by criminal groups that are known to buy and sell such data over the internet.