The Queen’s Christmas celebrations will be without her husband this year. 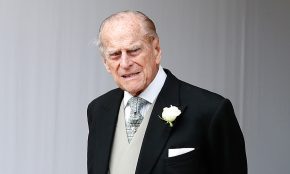 Prince Philip has checked into the King Edward VIII hospital in London with what doctors are saying is treatment for a pre-existing condition. They say it’s simply as a precaution under the advice of the his doctor.

Reports say the 96-year-old Duke of Edinburgh wasn’t taken by ambulance and it was a planned admission to the hospital. He’ll stay there for a few days

Without him, Queen Elizabeth travelled to Norfolk by train on Friday where she’ll stay at the Sandringham Estate. Philip had been staying there before he was brought to hospital.

He retired from public duties back in 2017. He’s seldom been seen in public since then apart from family events like weddings.