Transport Canada has told Santa he’s clear for takeoff as he gets set to head out from the North Pole and embark on his annual trip around the world. 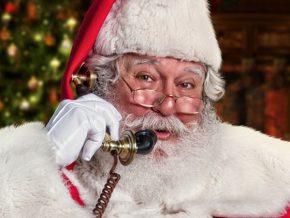 An announcement from Transport minister Marc Garneau says officials inspected the sleigh and validated Saint Nick’s pilot’s license ahead of his take-off tomorrow.

The sleigh passed all safety specs and Rudolph’s nose is also in good shape to guide the way.

As always, NORAD will also be tracking Santa as he makes his way around the world delivering billions of gifts. People can follow along on the ‘NORAD tracks Santa’ website.

The announcement also carried the reminder to all Canadians to be alert on the roads as they visit their families this holiday season and not driver under the influence of alcohol or drugs.