The TTC’s legacy CLRV streetcars have reached the end of the line. 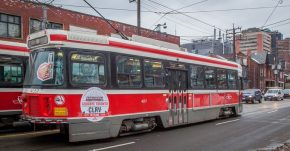 Through Saturday, CLRVs will operate on 511 Bathurst, with some deployed on 501 Queen between Roncesvalles and Greenwood.

Then on Sunday, from 10am to 2pm, two of these older streetcars will run as free service between Bathurst and Greenwood to commemorate the final day of service.

Then starting January 5th, collector booths at 21 additional subway stations, including Bloor-Yonge station, will close as the transit agency continues to transition stations to a new model.

The following stations will no longer have collector booths starting on January 5th:

The remaining 45 subway stations will have collector booths until March 29th.